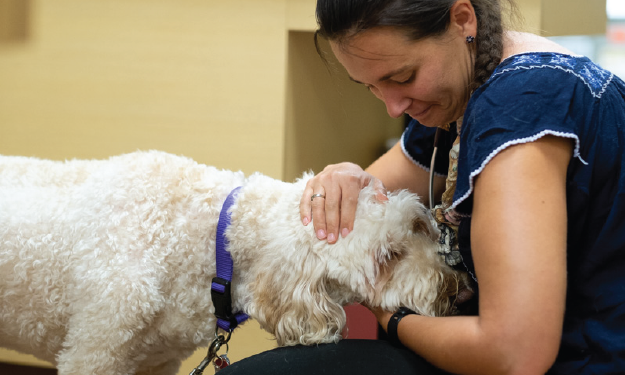 What are Mammary Tumors and their Clinical Signs?

The development of both benign and malignant tumors is hormone-dependent, and spaying early in life has been shown to reduce the risk of tumor formation. If a dog is spayed before her first heat, there is a 0.05% risk of developing a malignant mammary tumor, an 8% risk if spayed after one heat, and a 26% risk if spayed after the second heat.  Additional risk factors in the development of canine mammary tumors include obesity and exogenous supplementation of hormones (ie progestins). Approximately 10% of dogs develop a unique presentation of mammary cancer called inflammatory carcinoma, most commonly appearing soon after completing a heat cycle. Many of these dogs have generalized clinical signs (ie lethargy, malaise, inappetance, increased thirst/urination), evidence of swelling of the limbs/skin, and their affected mammary glands appear hot, painful, and swollen. This presentation is occasionally misdiagnosed as mastitis.

How are Mammary Tumors Diagnosed and Staged?

A biopsy is recommended to obtain a diagnosis and to determine the best treatment options. In most cases of canine mammary tumors, a fine needle aspirate is NOT able to distinguish benign from malignant tumors. In the event of atypical mammary tumor presentations, a fine needle aspirate can be used to determine if the mass is of mammary origin and rule out other possibilities.

In addition to tumor sampling, a thorough staging evaluation is recommended (a physical examination, bloodwork, urinalysis, and thoracic/abdominal imaging). A physical examination is needed to assess for the presence of additional mammary masses, to evaluate the regional lymph nodes, and to determine if other concerning changes are present.  Coagulation profile testing is frequently needed in those cases presenting with extensive, ulcerative masses suspicious of inflammatory carcinoma. Additional imaging, including thoracic radiographs and abdominal imaging (ie radiographs or ultrasound) are frequently used to help identify evidence of regional or distant disease spread, or metastasis.

How are Mammary Tumors Treated?

What is the Prognosis Associated with Mammary Tumors?