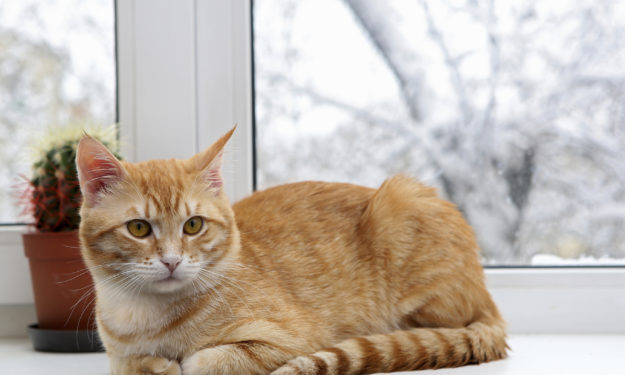 Unfortunately, urinary obstruction (blockage) is a common and potentially serious problem in male cats. Sometimes the blockage can be caused by stones or a cancerous growth, but the most common cause by far is “feline lower urinary tract disease” (FLUTD) that can cause obstruction without a large stone or growth. The causes of this problem are complex, but the result is an inability for urine to exit the body via the urethra, which is the anatomic tube that connects the urinary bladder with the outside world.

An inability to urinate causes urine to build up in the bladder, causing potential bladder damage and, more importantly, causing an unhealthy buildup of several substances in the blood such as Potassium and creatinine. The best treatment is different for every patient and situation. A combination of IV fluids, urinary catheterization, and medications is often the first line of treatment to combat the harmful effects of the changes in the blood, relieve the blockage and help prevent early re-obstruction. Changes in diet and drinking habits can also help decrease the chance of a recurrence.

Sometimes, despite these efforts, the problem recurs. This can be shortly after the first episode or can be years later, and for some cats it can happen multiple times. In cases where it is determined that the risk or recurrence is high, or where re-obstruction happens despite multiple treatments, a surgical procedure called a perineal urethrostomy can be considered to alleviate the symptoms.

The concept behind the surgery is fairly simple, and the procedure has been utilized for some time. The cat urethra is quite narrow, and becomes even narrower as it goes towards the tip. Because most cats with FLUTD develop an obstructing plug-like substance, increasing the size of the urethral opening can help allow passage of the potentially-obstructing material before it forms a blockage. This is accomplished by opening up the urethra and using the larger part, farther in from the tip, as the new opening.

The procedure is done under general anesthesia, often combined with a local anesthetic delivered via “sacrococcygeal nerve block”, a special epidural injection. As with all anesthetic procedures at VSH, our staff (including a board-certified veterinary anesthesiologist) is meticulous about selecting anesthetic medications and monitoring patients during procedures to minimize the chance of complications. Patient positioned for perineal urethrostomy. There is a “purse-string” suture in the anus to prevent contamination with feces. The patient is draped for sterile surgery.

The surgery is delicate and demands a high level of skill and experience as well as special equipment to be done in a consistently successful fashion. The skin around the penis is incised and dissection occurs to safely access the larger portion of the urethra. One of the key steps is making sure the dissection is done “deep” enough to make the opening as large as is safely possible. Once the right amount of dissection is determined, the urethra is cut lengthwise along the top to open up the lining of the urethra. This is meticulously sutured to the surrounding skin to promote predictable healing of the new opening. The lining of the tip of the urethra is maintained and used as a “drain board” to stay in contact with the urine as it exits the body. This is preferable to allowing the urine to contact the skin, which would cause irritation.